Last weekend, it was announced that Pope Francis planned to travel to the Holy Land, and of 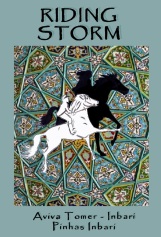 course we would welcome every distinguished guest who wished to visit us. But, we have to observe this particular visit with a wary eye. This visit was reported after a telephone call the Holy See received from Mahmoud Abbas, and apparently, the Palestinian leader updated the Pope how frustrating Trump visit in Jerusalem had been- emphasizing the Jewish character of the Holy City and the Western Wall while ignoring the Al-Aqsa Mosque. President Trump adopted the Jewish narrative while ignoring the Palestinian one.

Hence, the reported visit of the Pope to the Holy City is about putting al-Aqsa mosque in the center and not the Western Wall.

This brings up the entire subject of how the Holy See observes the Catastrophe of the Middle East.

Last weekend ISIS terrorists murdered in Egypt Copts that were on their way to pray in a desert Church. The Pope, like everyone else, issued a condemnation, but it was anticipated from the Church to remind that the murdered were Christians on their way to a Mass! But, alas, He didn't mention this. For Him, they were mere "innocents".

Somebody needs to tell the Pope that in these days of the destruction of Christianity in the Middle East, not Al-Aqsa Mosque is said to be a pilgrimage target, but the smoked churches.

Immediately after the terror attacks on Alexandria's churches the pope said he would come and visit the destroyed churches. What is left to be seen now is what would come first: a pilgrimage to the mosque or church.