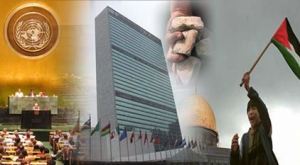 Last night UN vote- did the Palestinians cross the Rubicon? ?

Radio Palestine published this morning several interviews of Palestinian seniors reacting to last night failure in the UN Security Council from which we can analyze future steps and in the bottom line we can conclude that the Palestinian crossed the Rubicon in launching all-out campaign against Israel. The mood was loaded and bewildered and the phrases were extremist.
Until now Abu Mazen dragged legs, but now he seems like entering the orbit of crash.
There were also sharp anti-USA messages that we shall analyze.
Under this loaded atmosphere the Palestinian leadership will convene tonight to take decisions and Abu Mazen will address the nation. The timing may compel him to take radical decisions. Two of the interviewee this morning, Saeb Areiqat, and Fatah senior, Abbas Zaki said that what is going to be on the table is not only approaching all UN agencies including ICC but reconsidering the entire relations with Israel including the security cooperation. While Areiqat said that the security cooperation will be discussed Zaki said that the decision will be to stop the security cooperation.
The third interviewee, Riyadh Mansur, the ambassador in the UN spoke differently and exposed differences between the Palestinians and the Arabs. He said: "while the USA exerted huge pressures on the delegations, the Arabs did not exert counter pressures" – that's to say—they let USA pressures to succeed. There was another difference between Mansur and Areiqat – while Mansur explained the Palestinian move as "supporting peace" Areiqat explained it as "fulfilling our right". It means that Mansur wanted to support the peace camp in Israel while Areiqat pressed the issue of our "national right" above all other consideration. It meant that for Areiqat supporting the peace camp in Israel is not a consideration. There were reports last week that the USA tried to convince the Palestinians to delay the entire move because it helps the Likud. This opened the argument that the Palestinians prefer the Likud in power and not the Left. This is an intriguing question that we shall try to analyze in the future.
Both Areiqat and Mansur said that the fact that the USA put so heavy pressures means that they will block also next month efforts with the new combination of the Security Council what may mean that the Palestinian tonight will not decide to make another try in the UN Security Council but go straight to sue Israel in UN agencies and especially ICC.
A special disappointment was expressed from the position of Nigeria – a Moslem country that was accounted as "safe" for the Palestinian vote. This was perceived as a precursor for the next composition of the Security Council that may deceive the Palestinians again.
Ambassador Mansur hinted that this failure was partially attributed to the fact that the Arab delegates did not exert pressures to counter the USA pressures.
It is worth mentioning that both Areiqat and Zaki assailed very fiercely the USA. Areiqat denied the USA the "achievement" of avoiding the veto. "The way they behaved was a veto."- he said, But Zaki went even further threatening the USA that "the Arabs" will arrange demonstrations inside the USA. He did not say "intifada" but this is what he meant.

Sum up- the failure last night in the UN Security Council triggered harsh reactions in the Palestinian top echelons in Ramallah and under this loaded atmosphere the Palestinian leadership is going the convene tonight and take decisions that under this heavy atmosphere might be radical. Also the rhetoric against the USA is very extremist and we enter into a volatile situation that we have to follow.
According to this morning reactions the Palestinians will not apply again next month but prefer applying to ICC and even ending the security cooperation with Israel.