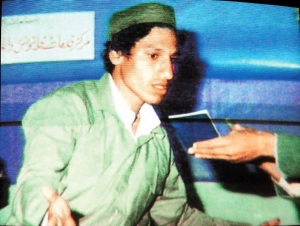 What does this statement mean in the context of isolation that characterizes Hamas’ present situation? Pinhas Inbari, Palestinian scholar at the prestigious think tank Jerusalem Center for Public Affairs, provides the backstory: "Deif’s message is also addressed to Hamas. Mohammed Deif is a figure linked to Iran, which until a few days ago had kept silent believing that Hamas was wasting a huge amount of missiles, which with much effort it has managed to procure over the years. The Ayatollahs had been angry for a long time with the leadership of Khaled Mashal, the enemy of Assad and the Iranians. Deif instead plays on the opposing side to Assad. But then, here is the Khamenei declaration, topped by the usual death threats to Israel: we have, and we will provide free weapons to Hamas. Iran has realized that this is a war for the deployment of anti-Israeli hegemony, Iran, and moreover its sworn enemies, Egypt and Saudi Arabia, are playing an important role too. So Iran has pushed Deif forward, crowned by the success of the terrorist attack”. Therefore, from now on, Iran will be more and more present with Deif in command, and "certainly it has played a role in recent developments".